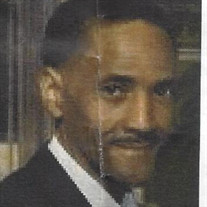 Burton Greer was born in DeKalb, Mississippi on September 22, 1953, from the union of Dolan Greer and Sutie (Burton) Greer. Burton received his formal education in the Louisville Public School System where he received formal training as an apprentice in the building and construction trades in masonry. While in high school, he decided to join the United States Marines. Burton's rank was Lance Corporal and he served as a Rifleman. After his discharge from the Marines in 1976, Burton joined his family in Milwaukee, WI and continued his education at Milwaukee Area Technical College (MATC). While attending MATC, Burton met and later married Reponda (Burkett) Greer. Over the course of forty-three years, they raised their children, enjoyed traveling and gardening, and spent time loving on their grandchildren and great-grandchild. Burton was a businessman for over 35 years. He valued the excellent work ethics that were instilled in him from an early age from his father, Dolan Greer. Through Greer Masonry, Burton made his mark on many lives and properties throughout the state of Wisconsin and beyond. This was not just work for him, but also his passion. He took pride in being able to use his masonry skills to provide for his family while also training and developing so many others. Burton was a very active and athletic man. In his youth he played "sandlot" ball, and later as an adult, he coached and played on local softball teams. Burton enjoyed sharing his life experiences with his family. When Burton was not working, he could be found in his garden, cooking a good hot meal, or out fishing. Burton continues to live in the hearts of his wife, Reponda Greer; his children, Terrence Burkett, Tecia (Dale) Sellers, and Tyneil Greer; and grandchildren, Michael Burkett, Myles Burkett, Marley Burkett, Casey Sellers, Cortni Sellers, and Lylah Burkett. Burton also leaves to cherish his memory his siblings Annie May Powe, Hannah White, Helen Dobson, James Greer, Gladys Stovall, Pearlie Greer, and Donnie Greer; Allen Burrage and L.G. MacDonald; one aunt and a host of nieces, nephews and friends. Burton was preceded in death by his parents Dolan and Sutie Greer, his son Tyrin Dolan Greer, and siblings John Richard Greer, Lucille Grady, Obediah Greer, Vera Powe, Jennie Greer, Earnest Greer, Otis Greer, Curtis Greer, Laredo Greer, and Bobbie Greer. Take your rest BG, today we salute your life, love and legacy.

Burton Greer was born in DeKalb, Mississippi on September 22, 1953, from the union of Dolan Greer and Sutie (Burton) Greer. Burton received his formal education in the Louisville Public School System where he received formal training as an apprentice... View Obituary & Service Information

The family of Mr. Burton Greer created this Life Tributes page to make it easy to share your memories.

Burton Greer was born in DeKalb, Mississippi on September 22,...

Send flowers to the Greer family.