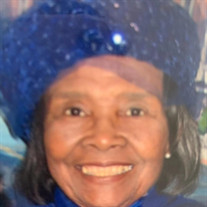 Classie M. (McPhatter) Cox was born and raised in Raeford, North Carolina. She was the eldest of seven children born to Richard and Augusta McPhatter. She graduated Valedictorian from Upchurch High School Classie attended Fayetteville State Teachers College earning a bachelor's degree in Education. During WWII she met and married the love of her life, Army Sergeant JD Cox who was stationed at Fort Bragg. To this union was born James, Richard and Kathy. They eventually settled in Milwaukee where they joined family members Luther and Sadie Martin. Classie was a trailblazing teacher whose career spanned four decades, Her more notable accomplishments included being the first African American teacher hired in Schenectady, New York in 1947. In 1949 in Milwaukee, Wisconsin, she provided information to the Mayor's Commission on Human Rights to confirm and enforce non-discriminatory hiring practices. In 1987, Classie was a key resource and witness for the NAACP Milwaukee Teachers Education Association, and Milwaukee Public Schools during litigation in the Eastern District of Wisconsin: United States Eastern District Court for the Board of school Directors of the City of Milwaukee, et al. This case resulted in the movement to desegregate the public schools in metropolitan Milwaukee. She retired from Cass Street School after teaching there for many years. Classie was a Christian woman, serving faithfully in the Greater Galilee Missionary Baptist Church in Milwaukee for more than 60 years. She helped develop the Scholarship Committee, served as superintendent of Vacation Bible School, served as chairperson for the Board of Christian Education, taught in the children's church, was a member of the senior citizen group, served on the general mission and taught Bible study for the Circle of Ruth mission group. On February 9th, 2021, Classie peacefully transitioned to Heaven with her son, Richard and daughter, Kathy at her side. She was preceded in death by her parents, Richard and Augusta McPhatter; her husband, J.D. Cox; son, James D. Cox; daughter-in-law, Terry Cox; three sisters, Louise Moore, Havana Whitted, Utencil Purcell; and her brothers, John Chavis McPhatter and Richard McPhatter, Jr. She leaves to cherish her memory: her son, Richard Cox of Milwaukee, WI; daughter, Kathy (Randy) Williams of Avondale, AZ; a sister, Mrs. Priscilla Steele of Raeford, C; sister-in-law, Mrs. Julia Hester McPhatter of Raeford, NC; seven grandchildren, fourteen great grandchildren and two great-great grandchildren, as well as a host of other relatives and friends.

The family of Mrs. Classie Mae Cox created this Life Tributes page to make it easy to share your memories.

Send flowers to the Cox family.