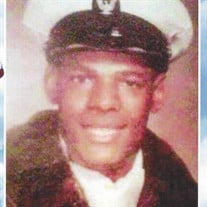 Dale Patrick Leech, Sr. was born on March 15, 1957, to Susie Leech and Bennie Moore in Milwaukee, Wisconsin. Dale was loved by everyone and was affectionately known as just "Pat". He was such an easy-going man. He never met a person who did not become his friend immediately. Pat's personality and wit were loved by all Dale Patrick Leech, Sr. enlisted into the United States Navy on September 23, 1974. His primary specialty in the Navy was as an Electrical/Mechanical Equipment Repairman, and he was stationed on the USS Enterprise. He was honorably discharged on July 28, 1976. On February 14, 2000, Dale was united in holy matrimony with Vickie Haynes in Milwaukee, WI. They were together for forty-four years. Their union was blessed with three children. Dale worked across several industries including manufacturing, transportation, and auto body repair. He had a passion for auto body repair and was known as an expert. In his leisure, Dale enjoyed fishing, motorcycle riding, and hunting. He also had a love for unique cars and was an avid wrestling fan. Dale Leech Sr. departed this life on Wednesday, October 13, 2021. He was preceded in death by his son, Charles Patrick Leech, and Alfred Lewis, who was like a father to him. He leaves to cherish his memory: wife, Vicki Leech; sons, Dale Leech, Jr., and Al-Adrian Haynes; daughter, Ajeenah Haynes-Saafir; mother, Susan Lewis; sister, Pam Jiner, brother, Ed Leech; nephews, Patrick and Christopher Jiner, grandchildren, Amariah Walker, D'Nija Amir Leech, D'Nari Ashanti Leech, Da'Marley Haynes, Kameran Haynes, Taraji Haynes, Adriana Hudson, and Laila Haynes; and a host of nieces, nephews and cousins. Leilani Stewart and Landon Patton will also cherish Dale's memory as he embraced them as his grandchildren. "Unkie" Pat will be missed by a host of family members and friends. Dale's main commitment was to his family, and in particular, his grandchildren. He loved each child in his own special way and spent quality time with them all

Dale Patrick Leech, Sr. was born on March 15, 1957, to Susie Leech and Bennie Moore in Milwaukee, Wisconsin. Dale was loved by everyone and was affectionately known as just "Pat". He was such an easy-going man. He never met a person who did... View Obituary & Service Information

The family of Mr. Dale Patrick Leech Sr. created this Life Tributes page to make it easy to share your memories.

Send flowers to the Leech family.