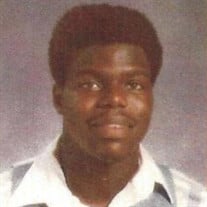 Derek van Rogers was born on March 13, 1952 in Springfield, Massachusetts to the union of Samuel McDonald and Vera Nell (Marks) Rogers. He was the oldest of four children. Coming from a family with strong Christian values, Derek accepted Christ at an early age. Derek was educated in the Lutheran School system, graduating from Milwaukee Lutheran High School. Derek never found his true career path in life, but he never stopped searching. He worked a variety of jobs, from managing a fast food restaurant to working as a mail handler. Derek had a deep curiosity of the world which he preferred to experience through reading. He loved reading about African American history and sports history. He had a great memory of sport statistics and the history of football and basketball. He became a great sports debater and would challenge anyone. Derek also loved classic television shows, especially The Wild Wild West and The Man from U.N.C.L.E. His favorite films to watch were James Bond movies. He was convinced that Sean Connery had been the ultimate Bond and no one could tell him differently. Derek also had a tremendous appetite for food. He could give a competitive eater a run for their money. He was a cook's dream to cook for because he was not a picky eater, and he was always so appreciative and complimentary to the cook who prepared his food. Derek was a wonderful son and brother; a peaceful, good man who loved his family. We will miss that big laugh, which rumbled in his deep voice. His laughter was a rare event that always brought a smile to our lips. We will miss him dearly, but we find comfort in the thought that Derek and Vera are at peace together. On Monday, January 11, 2021, Derek Van Rogers received a call. An immediate vacancy had opened up and the search was on for a peaceful, loving man with strong convictions; an individual who loved God and his family. The only drawback was that a void would be created. Derek didn't hesitate even though he would not have time to say good-byes. He did leave a message to all who loved him. "Don't be sad, it's not good-bye. We will meet again someday, I know in a better place. I thank God he made you my family while I was here on earth." Derek was preceded in death by his beloved mother, Vera Nell Rogers. He leaves to cherish his memories: his loving father, Samuel McDonald Rogers; his sister, Gabriel Lafaun Rogers; his younger brother, Shaun Desmond Rogers; and a host of family and friends.

Derek van Rogers was born on March 13, 1952 in Springfield, Massachusetts to the union of Samuel McDonald and Vera Nell (Marks) Rogers. He was the oldest of four children. Coming from a family with strong Christian values, Derek accepted Christ... View Obituary & Service Information

The family of Mr. Derek Van Rogers created this Life Tributes page to make it easy to share your memories.

Derek van Rogers was born on March 13, 1952 in Springfield,
Massachusetts...

Send flowers to the Rogers family.