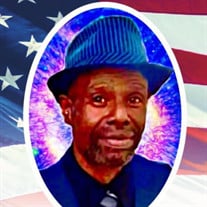 Dwight Marshall Wright died October 23, 2021. He was born October 21, 1954, in Lexington Kentucky, to John Flynn and Elaine Duncan. He moved with his family to Milwaukee, Wisconsin in 1956, graduated from Pius XI high school, and... View Obituary & Service Information

The family of Mr. Dwight Marshall Wright created this Life Tributes page to make it easy to share your memories.