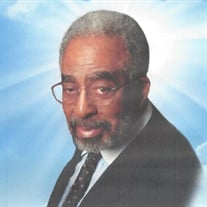 Frederick Reginald Birts was born on November 8, 1933, in Milwaukee, Wisconsin. He was the son of Calvin Birts and Harriet Richardson Birrs. Frederick was baptized and attended St. Mark AME church with his family. Frederick received his early education through the Milwaukee Public School System. He obtained his Bachelor of Arts degree in Psychology and Master of Science degree in Educational Psychology and Vocational Rehabilitation Counseling from the University of Wisconsin-Milwaukee. Frederick began his career as the Social Recreation Director for the Milwaukee Boys Club. He was also employed as a Caseworker for the Milwaukee County Department of Public Welfare; Vocational Rehabilitation Counselor for the State of Wisconsin; Counselor/Instructor for Opportunities Industrialization Center (OlC) of Greater Milwaukee; Lecturer for the Department of African-American studies; and Coordinator for the College of Letters and Science of the Academic Advising Program for students from the central city at the University of Wisconsin-Milwaukee. He also worked part-time as a Psychotherapist at the Black Counseling and Guidance Center in Milwaukee, Wisconsin. Frederick ended his career in 1998 after 20 years with Madison Area Technical College (MATC) as the Director of Adult Continuing Education. While employed at MATC, Frederick was a member of the North Central Association Visiting Team that did visits as a part of the accreditation process for community colleges. Frederick was a member of Alpha Phi Alpha Fraternity, Ine. He was also a past board member off the downtown Madison YMCA, the Milwaukee North Central YMCA, Milwaukee chapter of NAACP and the Social Development Commission (SDC). Frederick will be remembered for his love of music, especially jazz. He enjoyed spending time with his family, traveling, and cooking. Frederick was preceded in death by his parents and three brothers: Calvin [r., Vernon, and Warner Birrs. Frederick leaves to cherish his memory: a loving and devoted wife of 35 years, Cynthia Birts; loving children, Harriett Pickett of Brooklyn, New York; Frederick H. Birts, Sr. (Michelle Buckingham) of Milwaukee, Wisconsin; Reginald N. Birrs of Minneapolis, Minnesota; Aneer (Josephine) Rukh-Karnaa of Bowie, Maryland; Stepson, John L. Bowie of Milwaukee, Wisconsin; stepdaughter, Dana (Robert) Bowie Earles of Chicago, Illinois; sister, Gloria A. Birts-Hall of Milwaukee, Wisconsin; sister-in-law, Shirley Birts of Chicago, Illinois; 11 grandchildren; 4 step-grandchildren; 8 great grandchildren; and a host of other relatives and friends.

Frederick Reginald Birts was born on November 8, 1933, in Milwaukee, Wisconsin. He was the son of Calvin Birts and Harriet Richardson Birrs. Frederick was baptized and attended St. Mark AME church with his family. Frederick received his early... View Obituary & Service Information

The family of Mr. Frederick R. Birts created this Life Tributes page to make it easy to share your memories.

Frederick Reginald Birts was born on November 8, 1933, in Milwaukee,...

Send flowers to the Birts family.