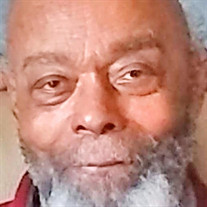 Harvey Felder, Jr. Harvey Felder, Jr. was born in Risen, Arkansas on May 22, 1926. He was one of two children born to Harvey Felder, Sr. and Willie Eddington. He lived his early years in both Risen, Arkansas and St. Louis, Missouri, alternating between rural and urban life for most of his adolescence years. After graduating from High School in Arkansas, Harvey wanted to join the military, but was prevented from doing so due to a severe childhood injury to his arm. He then volunteered to drive ammunition delivery trucks as a part of the war effort. He then went on to enroll at Morehouse College in Atlanta, GA. There he studied mathematics and science with a desire to become a mechanical engineer. Additionally, he found an outlet for his rich baritone voice and love of music in the Morehouse Glee Club. He later transferred to the University of Arkansas at Pine Bluff and completed his college degree. During the 1940’s and 1950’s, the University of Wisconsin-Madison (UW) sought graduates of Historically Black Colleges and Universities (HBCU) to attend their graduate schools. Being aware of this program, Harvey moved to Wisconsin after completing his degree from the University of Arkansas at Pine Bluff. He did not enroll in UW; however, he knew his horizons and possibilities were much greater in the north, particularly in Milwaukee. It was during this time that he married his longtime Arkansas sweetheart, Emma Bell. Emma had relocated to Chicago after receiving her college degree from Hampton University in Virginia. During his young adult years, he gave his life to the Lord and when he moved to Milwaukee he and his new bride, Emma, joined St. Mark AME Church. Harvey and Emma began their family in the early 1950’s. To provide for his growing family, Harvey accepted a position as a long-term substitute teacher in the Milwaukee Public Schools. While Harvey enjoyed teaching, he still hoped for a position as a mechanical engineer in one of the many manufacturing companies in Milwaukee. Because of the times, as an African American, engineering positions were not available to him. Consequently, he accepted a job as a factory foreman for the Ladish company. The stability, benefits, union protections, and salary made the choice to leave long term substitute teaching an easy one. Harvey’s final career change came in the early 1960’s. During this time, he sought out additional education and began to prepare to become a social worker. Upon completion of his certification, he was immediately hired by Milwaukee County and served as an advocate for children and the elderly for 35 years. Among his many hobbies and pastimes were walking the Milwaukee lakefront, exploring area parks, hunting in the Kettle Moraine, serving as a Boy Scout leader, auditing math and computer classes at UWM, visiting museums, and attending concerts. However, his most passionate endeavor was training to become a pilot. Inspired by the famed Tuskegee Airmen, he had always dreamed of flying. In his forties he obtained his pilot’s license and flew his own plane for the next 30 years. In his later years, he took up sailing and could be seen on many summer days crashing through the waves on Lake Michigan on his sailboat appropriately named “Carpe diem.” Harvey Felder, Jr departed this life on December 27, 2020. He was preceded in death by his parents; his ex-wife, Emma Bell Felder; sisters, Jimmie Lou Felder and Renetta Felder. Harvey is survived by his children Larry Felder (Jo Edna Felder), Zettabell Williams (Willie Williams), Harvey Felder, III (Emi Felder), and Sarita Felder; brothers Johnny Felder, Dennis Felder, Durly Felder, and sister Carol Felder. Harvey also leaves to cherish his memory his granddaughters, Karla Felder and Kelly Felder. And two great granddaughters, Nicole and MaKiyah; and a host of other relatives and friends.

The family of Mr. Harvey Felder jr created this Life Tributes page to make it easy to share your memories.

Send flowers to the Felder family.