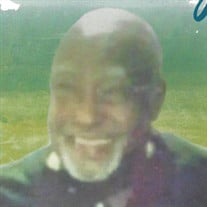 L.C. Young was born on August 23, 1941, to the union of Callester Moss-Young and Oscar Young, Sr. in Camden, Arkansas. L.C. received his formal education at Lincoln High School in Camden. L.c. accepted Christ as her Savior at an early age and was united with St. Paul Baptist Church. On October 18, 2016, L.C. Young united in holy matrimony with Candice Gray in Milwaukee, Wisconsin. Their union was blessed with three children. He was employed by Briggs & Stratton Corporation as a machinist for 34 years of service. In his leisure, he enjoyed traveling, gathering with family, and spending extra special time with his buddy, "Jakobe." L.C. was also a member of U.A.w. Local #232 for 34 years. L.C. Young departed this life on June 17, 2021. He was preceded in death by his mother, Callester Moss-Young; father, Oscar Young, Sr.; daughter, Felicia Davis; grandson, Emmanuel Whitney; and sister, Fronia Mae Johnson; and sister-in-law, Annette Young. He leaves to cherish his memory: wife, Candice Young; daughter, Tywanda; two sons, Keith Gray and Donnell (Tasha) Gray; two stepchildren, Delois and Apostle Johnnie Whitney; 34 grandchildren; 20 great grandchildren; three sisters, Ira (James) Lewis, Norma McZee, and Brenda Robinson; two brothers, Oscar Young, Jr., and Fred Young; five sisters-in-law, Rhonda, Debra, Wanda, Cathy (Michael) Jones, and Wendy (Dennis) Newton; three brothers-in-law, Lamar, Benjamin, and Veil; two aunts, Lucinda and Ethel Mae; one uncle, Artie Val; and a host of nieces, nephews, and cousins whom he loved dearly. You always had time to listen when everyone else was busy. Your wisdom seems to put my mind at ease; I enjoyed the long talks and stories about the things you did and the places you've been. If love could've kept you alive, you would've lived forever. God saw that you were tired, and a cure wasn't in the pions. This is a bittersweet moment; you left us with memories and so much love. I love you forever, Your granddaughter, Kiandrea Gray

L.C. Young was born on August 23, 1941, to the union of Callester Moss-Young and Oscar Young, Sr. in Camden, Arkansas. L.C. received his formal education at Lincoln High School in Camden. L.c. accepted Christ as her Savior at an early age and... View Obituary & Service Information

The family of Mr. L.C. Young created this Life Tributes page to make it easy to share your memories.

Send flowers to the Young family.