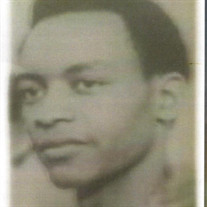 Leno Ballentine was born in Batesville, Mississippi, on November 18, 1946 to Nettie Ballentine and John Wesley Benson. He entered into eternal life on April 23, 2021. Leno attended Sufus Elementary School in Batesville, Mississippi. In 1957, Leno and his family moved to Milwaukee, Wisconsin, to pursue better opportunities. He attended Roosevelt Middle School, and North Division High School. After high school, Leno completed a plumbing apprenticeship program at Milwaukee Area Technical College. In 1976, Leno enlisted in the army, and received an honorable discharge. Later, he was a custodian for the Milwaukee County System, where he retired in 2004. Leno married Rosetta in 1965. He loved being a father and cherished his three beautiful daughters, Lynn, Lynell, and Monique. Leno gave his life to Christ at an early age, and served faithfully as the head deacon at Liberty C.O.G.LC. for many years. He later joined the Shepard of One Lost Sheep, where he worshiped until the pandemic in 2020. He was a great servant of God. In his leisure time, he loved reading, writing poetry, talking to people, walking and spending time with his family. To his daughters, he will be remembered most for his unconditional love. To his nieces and nephews, he was "Uncle Leno", a funny and loving uncle. He built a special bond with everyone in his life. Leno will be most remembered for his gift of writing poetry. He began writing poetry at the age of fourteen, and has written over 600 poems for family, friends, and people in the community. In 1998, one of his poems was featured at the National Poetry Convention in Southern California. Leno was a minister of poetry and ordained as the "Poet of the Gospel of Christ". Before his death, he was distinguished as Poet Laureate by the Board of Presbyter. He was proceeded in death by his father, John Welsy Benson and mother, Nettie Johnson; sisters, Rosie Pinkins and Bobbie Jean Halls; and uncle, Eddie H. Ballentine. He leaves the cherish his memory his beloved daughters, Lynn Ballentine, Lynell (Darryl) Cole of Milwaukee, Wisconsin, and Monique White of Pompano Beach, Florida. Six grand children, Dominique (Cavalier), Samuel, Joshua, Josalyn, Aaron, and Amina. Four great-grandchildren, Oliver, Madison, Bella, and Kayden. One brother, Clarence (Bertha) Ballentine of Chicago, Illinois. Two sisters, Viley (Charles) Daniels of Milwaukee, Wisconsin, and Margaret Robinson of California. A host of nephews, nieces, and friends. Special friends, Angie Hudson, Larry Cowan, and Michael Jones.

The family of Mr. Leno Ballentine created this Life Tributes page to make it easy to share your memories.

Leno Ballentine was born in Batesville, Mississippi, on November...

Send flowers to the Ballentine family.