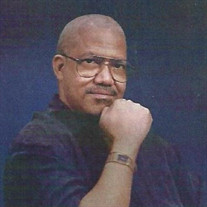 Melvin Louis Parr Sr. was born October 31st, 1938-let him tell it, he was born on November 1st, because he didn't like being born on Halloween-to mother Bernice (Bunny) and father Murdie Parr, in Harmendale, MO. Melvin is one of eight children: Annie Mae, Ivory, Alvin, Calvin, Melvin, Juanita, Samuel, and Sylvester-he loved all of his brothers and sisters. Melvin moved to Milwaukee, WI in 1955, where he continued his education. He went on to graduate from North Division High School in 1959. Soon after he joined the Army in Germany and many other states from 1962 to 1964, from which he was Honorably Discharged. Melvin went on to work for A O Smith for a few years. He married Marion Kelly in 1963 and they had four children: Zitelka "Raye" Parr, Jon "Bobby" Parr, Carmen "Tiny" Parr, and an Angel called home. Then he had his son Devery Travers. Melvin and Marion divorced after 11 years. On wonderful terms, remaining friends always with Melvin, Marion became Sister/wifey to Delores with love. Melvin married Delores Hooks in 1974 and they had three children: Eric "Ricky" Parr, Melvin "Pooh" Parr Ir., and David Parr (another angel called home). He continued working for Production Stamping until it closed. He then went on to work for Marden Maintenance Company until he retired at the age of 75 years old. Now he didn't have to go to work. So, he worked around the house and spent time with his grandchildren giving them rides to school or wherever else they waited to go. Melvin who was most affectionately called "ML and Jive" lived a fun and wonderful life. "JIVE" enjoyed the horses and dog tracks, and loved playing cards and chess with his cousins Samuel and Adolphus, Pookie, Bobby, and his brothers Calvin and Alvin. Melvin was always fond of nice things: jewelry and clothes, and being a handyman when needed. He would show you how it's done or do it his self. When Melvin decided he had enough with that time of his life, he returned to being a devout Christian. The family was raised in the Church of God and Christ. He accepted Christ as his Savior, and absolutely loved the Lord. Melvin and Delores-also known to him as "Brownie"-shared a loving and devoted marriage for 47 wonderful years until Melvin Louis Parr Sr. departed this earth on November 5th, 2021 at 11:47am. After a long fight with his health the Lord removed his pain and called him home. Melvin was preceded in death by both parents Bernice and Murdie; sisters Ivory, Annie Mae, Juanita; brothers Sylvester, Calvin, Samuel; his two Angels; Aunts, Uncles, cousins, nieces, nephews, in-laws; and his loving and dedicated wife Delores "Brownie" Parr. Me1vin is survived by brother Alvin Parr; his sons Devery (Shonietta) Trevers, Ton "Bobby" Parr, Eric "Ricky" Parr, and Melvin "Pooh" (Sonya) Parr Jr.; his daughters Zitelka "Raye" Parr, Carmen "Tiny" (Robert) Dames, and goddaughter TaSonia "Dee Dee" (Maurice) Hendrix; his grandchildren CaVon, Charles, Lauren, Whitney, Britney, Shantel, Alexia, Xavier, Iarvis, Ton Jr., Iorden, Ci'Andra, Mariah, lmani, Little Ricky, Amaya, Meliya, Orlando; many Great Grandchildren; a host of Nieces, Nephews, Cousins, Aunts, Uncles; and loving friends Marion Wardeh, his in-laws Nadean, Marcus, Tack, and Terry. Melvin will also be missed by a host of other relatives and friends that should all be mentioned, all of whose lives' have been touched by him in one way or another.

Melvin Louis Parr Sr. was born October 31st, 1938-let him tell it, he was born on November 1st, because he didn't like being born on Halloween-to mother Bernice (Bunny) and father Murdie Parr, in Harmendale, MO. Melvin is one of eight children:... View Obituary & Service Information

The family of Mr. Melvin L. Parr Sr. created this Life Tributes page to make it easy to share your memories.

Send flowers to the Parr family.