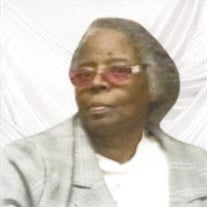 Mildreth Ann Hill was born on January 23, 1946, to the union of Clinton and Myrtle Hill in Junction City, Arkansas. Mildreth received her formal education at Westside High School in Spearsville, Louisiana. She furthered her education at Robinson College of Business, studying Business and Finance and was in the graduating class of 1962. Mildreth accepted Christ as her Savior at an early age and was united with Mount Zion Baptist Church where she served as an Usher for over sixteen years. She also occasionally attended Northside Church of God. She was employed by Marshall & Isley (M&I) Bank as an auditor for twenty-nine years. Later, she was a Program Assistant for the State of Wisconsin, Department of Probation and Parole for 12 years. "Millie," as she was sometimes called, also was a successful entrepreneur. She ran her own T-Shirt company for many years, outfitting scores of Milwaukeeans for family reunions, church picnics and other special occasions In her leisure, she enjoyed volunteering her time every Thanksgiving and Christmas at the Milwaukee Rescue Mission. Mildreth loved sports. For many years she was active in a local softball league. She also enjoyed watching the Philadelphia Eagles, the Los Angeles Lakers, the Milwaukee Brewers, and loved bowling before her health began to fail. She was also an avid follower of news and politics and loved watching MSNBC and the Reverend Al Sharpton. Upon Mildreth moving to Trinity Village Nursing Home in 2010, she formed many meaningful relationships with the residents and staff. Mildreth Ann Hill departed this life on Wednesday, October 7, 2020. She was preceded in death by her parents, Clinton and Myrtle Hill; eight brothers, Ernest Hill, Fletcher Hill, Chester Hill, Samuel Hill, Cordell Hill, Clarence Ray Hill, James Clinton Hill, and Bobby Gene Hill; three nieces, Patricia Scypion, Patrina Scypion, and Jeanette Harris; and one nephew, Clarence Ray Hill, Jr. She leaves to cherish her memory: one sister, Christine Malveaux of Port Arthur, TX; two brothers, Lee Roy (Carieta) Hill, Sr. of Milwaukee, WI, and Billy Hill of Woodbridge, VA. She also leaves to cherish her memory: two close friends who were like sisters, Melody Eilaud, and Christa Richards; two nieces, Christa Richards and a host of nieces, nephews, relatives, and friends.

Mildreth Ann Hill was born on January 23, 1946, to the union of Clinton and Myrtle Hill in Junction City, Arkansas. Mildreth received her formal education at Westside High School in Spearsville, Louisiana. She furthered her education at Robinson... View Obituary & Service Information

Send flowers to the Hill family.