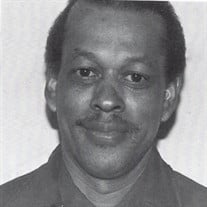 Parker William Crenshaw, Jr.. a.k.a. "Bill" was born on May 20, 1936, to the union of Parker William, and Georgia Mae Crenshaw in Milwaukee, Wisconsin. Parker, Jr. accepted Christ as his Savior at an early age, after the death of his parents. He attended North Division High School. After graduating in 1954, he attended Datsun Technical College in Illinois, where he obtained a certification to become a highly technical auto mechanic. He was employed at AFL Motors for ten years, and for twenty-four years with Phil Tolken Datsun Pontiac, until his retirement in 1995. Parker met the love of his life, Ms. Wilma Joiner, 'n 1975. They dated for four years and were united in holy matrimony on July 6, 1979. Two sons were born from their union, Byron William, and Darrin William. Parker's hobbies were fishing on Fox and De afield Lakes in Wisconsin, repairing cars for neighbors and friends, and oorbequing for his family. Most of all, he enjoyed collecting toy train sets, toy cars, and other sentimental items. Parker departed this life on December 17, 2021. He was preceded in death by his parents, Parker William, and Georgia Mae Crenshaw. He leaves to cherish his memory: his wife of 42 years, Wilma Crenshaw; sons, Frederick, of Memphis, Tennessee, Byron, and Darrin, both of Milwaukee; two grandsons, Ishmel, and Isaiah of Milwaukee; in-laws, nieces, nephews, and other family members and friends. PARKER'S PRAYER TO GOD Give me faith, Dear God, to face each hour throughout the day and not to worry over things I can't change anyway. Thank you, God, for being here and listening to my call and giving me such good advice when I stumble and fall. Your number, God, is the only one that answers every time. I never get a busy signal, never had to pay a dime, so thank you, God, for listening to my troubles and sorrows. Goodnight God, I love you too. I will call you again, or see you on tomorrow. "Amen"

Parker William Crenshaw, Jr.. a.k.a. "Bill" was born on May 20, 1936, to the union of Parker William, and Georgia Mae Crenshaw in Milwaukee, Wisconsin. Parker, Jr. accepted Christ as his Savior at an early age, after the death of his parents.... View Obituary & Service Information

The family of Mr. Parker William Crenshaw Jr. created this Life Tributes page to make it easy to share your memories.

Send flowers to the Crenshaw family.