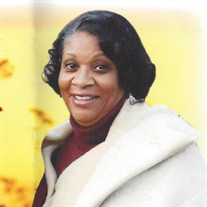 Rhenetta Maggie (Graham) Martin, fondly known to family and friends as "Netta," was born to Edward and Rachel Graham, Sr., on March 14, 1962, in Milwaukee, Wisconsin. She was the third of four children. In 1970, Rhenetta accompanied her parents and siblings 15 miles away to Menomonee Falls, Wisconsin, where she received her formal education in the Sussex-Hamilton School District. After graduation, she attended Spelman College in Atlanta, Georgia, during her freshman year, returning to Milwaukee where she earned an Associate's degree as a Medical Lab Technician (Concordia University, 1983). In October of 1985, Rhenetta married Gerald Banks. To this union was born her pride and joy, Victoria Elaine Banks. Rhenetta was employed at several blood banks and medical laboratories as a phlebotomist until 1994 when her career transitioned to education. She earned a Bachelor of Science degree in Psychology (Mount Mary) and a Bachelor of Science degree in Education and Library Science (University of Wisconsin- Milwaukee). Rhenetta was employed by Milwaukee Public Schools as a paraprofessional in the library of Urban Waldorf School where she eventually became a classroom teacher and school librarian. As a child born and raised in the church, Rhenetta accepted Jesus as her personal savior at an early age. She was active in all youth ministries from the Children's Choir and Children's Church to the Youth Ensemble. Rhenetta loved fellow shipping with her Northside family so much that on one occasion when she could not get a ride to evening service, she attempted to walk to church during a snowstorm. Her love for Christ grew even into adulthood and was demonstrated through her service to Northside as a Youth Fellowship counselor, Deaconess, choir member, and choir "Forever President," having been elected to this office unopposed for decades. Coming from a musical family, Netta loved music and singing. During her high school years, she traveled to various churches throughout Milwaukee with her childhood friends, Jennifer and Julia Johnson, in the group named Tomorrow's Joy later to be known as the Sisters of Love. Rhenetta enjoyed a variety of hobbies and activities. Throughout her teenage and adult life, roller-skating was a regular part of her weekly routine. Her fondest memories included traveling and taking adventures with family to New York and to the National Inspirational Youth Conventions. She was an avid bicyclist who enjoyed riding her bike from home to church, to the lakefront. along various biking trails, and throughout the city; she participated for several years in city bike rides such as the Ride for the Arts. In 2008, at a rummage sale in the church parking lot, Rhenetta met the love of her life, Earl Frank Martin. They were joined in marriage on December 24, 2009. Hosting cookouts, movie nights, pool parties, and holiday dinners for family and friends was a pleasure for Rhenetta and Earl. Although she sometimes gave in to the pressure from others, she did not like paper, plastic, or disposable utensils. Her good china, "real" glasses, and utensils were always ready. Rhenetta was a fan of the Kentucky Derby and was very excited to host a derby party for her family this year. Just like her father, Netta had a passion for gardening and working in her yard. She appreciated the serenity of the early daylight hours to tend to her plants and flowers, care for the fish in her pond, and sit on her favorite chair for prayer and meditation. Rhenetta cared for young people and appreciated any opportunity to share her love for books and nature, encouraging them in their goals-especially their spiritual growth. Although disease attacked her body, she was determined not to allow her illness to interfere with her activities nor deter her faith. While compliant with medical care and numerous treatments, Rhenetta stood firm in her faith and trusted God for healing and was not ashamed to let medical professionals know! Rhenetta Maggie Martin departed this life on Wednesday, October 13, 2021. She was preceded in death by her parents, Edward and Rachel Graham, Sr., and one grandchild, Tylar Martin. She leaves to mourn her passing and cherish her memory a loving and devoted husband, Earl Frank Martin; her beloved daughter, Victoria Elaine Banks; three siblings: Ragenia Graham, Edward (Karen) Graham, Jr., and Indyria (Rodney) Wilson all of Milwaukee, Wisconsin; nephews: Steven, Geoffery (Yomanda), David Bacon, and Lawrence Bridgewaters; nieces: Alexandria (Andrew) Essien and Alanna Graham; mother-in-law, Lou E. Johnson; sisters-in-law: Mary Butler, Christiana Johnson, and Gloria Phillips; brother-in-law, Landrew (Vanessa) Dossman; step-children: Terrrance (Quannisha) Martin and Falon (Delford) Gunter; and grandchildren all of Houston, Texas; cousin and "honorary daughter," Jasmine Zapata; aunts: Orpha Battle, Mary Searles, and Bethsheba Young all of South Fallsburg, New York; and Irene Moore of Cleveland, Tennessee; and a host of cousins, great-nieces and nephews, other relatives, life-long friends, and of course, her Northside Church of God Forever Family.

Rhenetta Maggie (Graham) Martin, fondly known to family and friends as "Netta," was born to Edward and Rachel Graham, Sr., on March 14, 1962, in Milwaukee, Wisconsin. She was the third of four children. In 1970, Rhenetta accompanied her parents... View Obituary & Service Information

The family of Mrs. Rhenetta M. Martin created this Life Tributes page to make it easy to share your memories.

Send flowers to the Martin family.