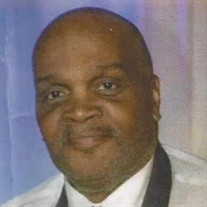 Roger "Rog" Love was born on February 24, 1950, to the union of Samuel and Ruth Love in Milwaukee, Wisconsin. He was the second of nine children. Roger received his formal education from Milwaukee Public Schools. He graduated from West Division High School in 1968. After high school, Roger enlisted in the Air Force from 1968-1971. Roger became a firm believer in Christ later in life when he became a member of the Infinite Church. Roger was a huge Tempta ions fan and a wonderful singer. In high school, he and four other young men formed the singing group, "The Debonair's" as a tribute to the Temptations. He was also very artistic, he loved to draw. For over forty years, Rog was known as "the picture man". Whether it was the birth of a child, wedding, graduation or a birthday, Rog was always there to capture the moment. Roger was always the life of the party, be it singing, dancing, or telling a joke. He was sure to put a smile on your face. To know Rog was to love him. He was always there for everyone. He was a strong male presence in the lives of many people. He could lift you up with words of wisdom or a joke, Rog knew just what to say or do to make your day a little brighter. On Friday, May 14,2021 Roger answered the call of God, experiencing as he walked from labor to reward. He was preceded in death by his parents, Samuel and Ruth Love; sister; Ricardo; the mother of his children, Tina McDowell; nieces, Adia and Rickyia; and nephew, Roger. Celebrating a life of cherished memories are his four children, Derryle, Jason, Quiana, and Brian; his granddaughters, Mariya, Anari, Tina, Jae'la, Mi'Amor, Chloee, Royalty, and Dennisha; his brothers and sisters, Richard, Sandrice, Royce (Gladys), Zeno. Samuel, Ruth, Myrtle (Kenneth), and Lucius; and a host of aunts, uncle, nieces, nephews, cousins, friends, especially Russell Williams, Billy McMurty, and Stan Tyler his best friend for over fifty-seven years. The Man, The Myth, The Legend, Roger Love will always hold a special place in our hearts.

Roger "Rog" Love was born on February 24, 1950, to the union of Samuel and Ruth Love in Milwaukee, Wisconsin. He was the second of nine children. Roger received his formal education from Milwaukee Public Schools. He graduated from West Division... View Obituary & Service Information

The family of Mr. Roger "Rog" Love created this Life Tributes page to make it easy to share your memories.

Send flowers to the Love family.