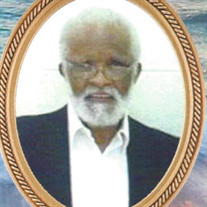 EARLY BEGINNINGS Thomas Edison DePriest, Sr., "Dupree," was born on July 11, 1935 in Pinson, Tennessee to Tony DePriest and Annie Bell DePriest. As a child, Thomas always protected and looked over hi older sister Frances Louise and younger sister JoAnn. Born to humble beginnings in the rural south, he learned the value of working hard and providing for family at an early age. Upon moving to Milwaukee, Wisconsin at the age of 17, Thomas pursued several manufacturing jobs before settling in at American Motors/Chrysler where he worked for 30 years until his retirement. HOBBIES "Dupree" loved capturing moments of his family through photo- graphy. Using his loving wife and children as his muses, his home became the grounds where he practiced his craft which became his fruitful side hustle. A man that truly treated his body as a temple, Dupree was a health enthusiast, to his young kids' dismay. Many mornings he greeted his children with spoonfuls of wheat germ and cod liver oil washed down with a shot of orange juice. An avid runner, Dupree made it a ritual to run after work around the creek-no matter the temperature, sometimes even coming back with icicles formed on his beard! He ran through his late 60s, with numerous medals and trophies to show for his need for speed. Other hobbies included playing checkers, which he made sure to pass down to his grandchildren. Dupree also loved being in the kitchen, making his specialties of sweet potato pie and carrot cake, DePriest holiday staples. FAMILY Dupree was a man all about his family. He married the love of his life, Madelyne, on September 19, 1966, and the two raised four children together. Madelyne fell for his bright smile and dashing looks and knew he was "the one." He enjoyed having fun with his four children, especially when it included anything active, such as biking, swimming or even sledding. Many mornings began with a lesson, whether about skating or even the proper fighting stance. In his later years, Dupree would be an active grandfather to nine grandchildren and five great grandchildren, always stepping in whenever someone needed a little extra love or care. His fatherly love was not just offered to those he fathered, but to other children in the neighborhood or friends of his own kids that needed guidance or reassurance. His love could be felt all around, being thought of as "the safe house" or the "neighborhood dad." FAREWELL Thomas Edison DePriest, Sr. departed this life on May 22, 2021. He was preceded in death by his parents, Tony DePriest and Annie Bell DePriest; sister, Frances Louise Martin and son, Ronnie Parks. He leaves to cherish his memory: his wife of 55 years, Madelyne DePriest; sister, JoAnn Kulmore; four dear children, Danielle DePriest, Felicia Mason, Ayanna DePriest and Thomas E. DePriest, Jr.; nine grandchildren, Cartel Weathers, Donnell McCarty, Daniel McCarty, Ilaya Garner, DeAndre McCarty, Imani Mason, Cierra DePriest, Alexandria (Bryan) Mack and Jacey DePriest; five great- grandchildren, DeAndre McCarty, Jr., Kamiah McCarty, Paris McCarty, Daniel McCarty, Jr. and Capri Weathers; special people who have touched his life - god grandson, Jerrell West and longtime friend, Jerry Perkins; and a host of nieces, nephews, family and friends.

The family of Mr. Thomas Edison DePriest Sr. created this Life Tributes page to make it easy to share your memories.

Send flowers to the DePriest family.